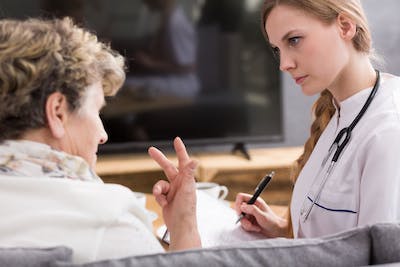 Expressive aphasia is when a person is having difficulty expressing himself verbally. Often times the person knows what they want to say however is unable to say it.  It can also be called Broca’s Aphasia. Often times comprehension remains intact. Receptive aphasia is when a person can express themselves however does not understand what is being said to them. It can also be called Wernicke’s Aphasia. Expressive aphasia and receptive aphasia can be a result from a stroke or head injury.

Diagnoses that can cause dysphagia: